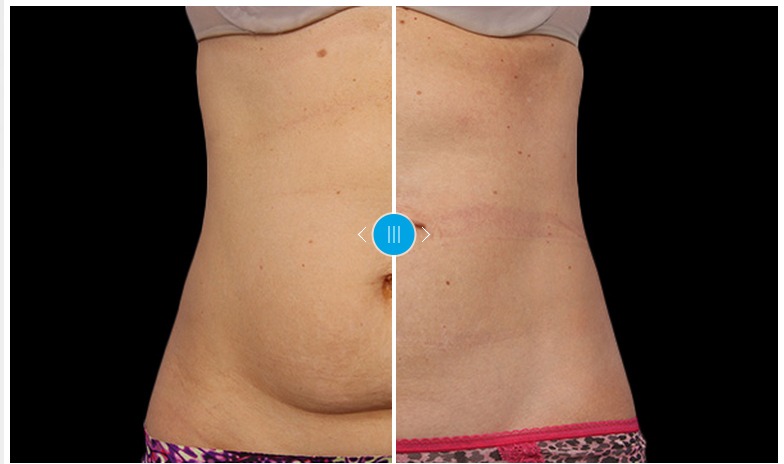 Cryolipolysis or CoolSculpting is a noninvasive body contouring procedure that involves the freezing of fat cells present under the skin. Your cosmetic surgeon will use a device for destroying the fat cells that will be eventually broken down and expelled from the body.

CoolSculpting is based on the science of cryolipolysis. This process breaks down fatty tissue by using cellular response to cold. Fat cells die gradually by extracting energy from fatty layers. This leaves the surrounding muscles, nerves, and tissues unaffected. Digested fat cells are filtered out as waste in the months following the treatment by the lymphatic system.

Your healthcare provider will apply a gel pad and applicator during treatment. The applicator will cool the targeted fat in a controlled manner. The provider will move the CoolSculpting device over the skin for cooling and suction. There is minimal to zero downtime or discomfort in this procedure.

CoolSculpting med spa treatment may be used for reducing fat in these areas:

A major benefit of CoolSculpting medical spa treatment is that fat cells are destroyed and eliminated from the body, unlike with exercise and diet. This means that the same fat cells cannot enlarge or return with added weight.

Other benefits of CoolSculpting include: