Understanding The Potential Risks And Side Effects of CoolSculpting 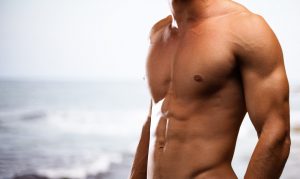 CoolSculpting, also known as cryolipolysis, is a cosmetic procedure that eliminates excess fat cells beneath the skin. CoolSculpting enables a person to lose fat without having to undergo any cuts, incisions, needles or medications.

While it offers numerous benefits, it is also vital to understand the risks associated with this procedure that is designed to freeze the fat and cause its gentle removal from the body.

Accomplished board certified plastic surgeon Dr. Gary Motykie provides CoolSculpting to patients in Beverly Hills, West Hollywood, Los Angeles CA, and other towns and cities in this section of SoCal.

Potential Side Effects and Risks

CoolSculpting can lead to the following common side effects:

A Sensation of Tugging in the Treated Area

CoolSculpting involves the placement of a roll of fat between two cooling panels in the treatment area. This may cause a feeling of pulling or tugging that may last for about one hour, which is the typical time taken to complete the procedure.

Stinging, Pain, or Aching in the Treated Area

According to researchers, stinging, pain, or aching in the treated area is a common CoolSculpting side effect. These sensations usually start soon after the procedure and remain for around two weeks post-treatment. The cause may be the extremely cold temperatures that the skin and tissue endure during Coolsculpting.

In a 2015 study, results of individuals who had collectively undergone 554 crypolipolysis treatments in over a year were reviewed. The results indicated that any discomfort after the treatment typically lasted from three to 11 days before resolving by itself.

CoolSculpting may cause the below mentioned side effects in the treatment site:

In rare cases, CoolSculpting may cause a serious side effect called paradoxical adipose hyperplasia. It develops mostly in men and causes fat cells in the treated area to grow bigger instead of smaller. The reason for this occurrence is not entirely understood. This side effect is serious aesthetically but not physically dangerous and does not resolve by itself.

Who should Avoid CoolSculpting?

While CoolSculpting is a safe treatment for eliminating body fat, people with the below mentioned conditions should not undergo this procedure:

In people with these conditions, CoolSculpting may lead to serious complications.

Regardless of the existence of these conditions, patients should consult their physician prior to seeking out a plastic surgeon to perform CoolSculpting.

On top of this, it is vital to remember that CoolSculpting is not an obesity treatment. It is an effective procedure to remove fatty deposits in specific areas that are resistant to diet and exercise.

For suitable candidates, CoolSculpting may be more beneficial in comparison to other fat removal treatments. CoolSculpting eliminates fat cells for good and they cannot re-grow. It also does not involve any incisions as it is a noninvasive procedure and there is no scarring following CoolSculpting.